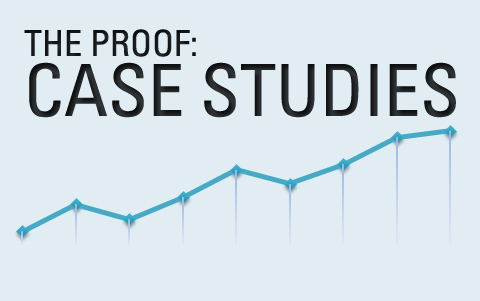 Admin 0 comments
Case Study 1 – £30,000 engagement ring uninsured by existing policy Ascend Executive were contacted by a prospective client as they were unable to insure a newly purchased engagement ring through a well known insurance broker (both the broker and insurer had failed to respond to the client with a suitable solution for 2 months after the initial request). Following referral to Ascend and a telephone conversation with the client we were able to identify that the client was also dramatically underinsured for their buildings and contents and were presently with a provider that was totally inadequate for their needs. Within 24 hours our consultant was able to provide a bespoke home and contents solution that included jewellery and on the correct basis of cover with far more flexible policy terms. Case Study 2 – Building underinsured by 75% following a fire Ascend Executive were contacted by a prospective client who had unfortunately experienced a fire and destroyed most of home roof. After the initial advice to help the family relocate we identified that the insured was dramatically underinsured and discovered that the sums insured had never been reviewed or discussed with their present broker. We were appointed to conclude negations for the fire claim and agree the correct basis of cover and settlement for the insured that did not penalise the client for the underinsured amount. Case Study 3 – Escape of Water Claim
When a property owner was abroad on holiday over the Christmas period, avoiding an extended cold snap in the UK, the last thing they expected when they came home, was a scene of devastation caused by severe water damage. The property was a large family home, with valuable furnishings and art work. The damage was caused by shower pump in the loft space, which had frozen despite the heating being left on. To complicate matters, the policy holder had separate buildings and contents insurance cover. Given the extent of the damage and the lack of response from the Insurance Companies, Ascend Executive took over from their broker to manage the claim and a fee was agreed with them from the outset. Within hours of instruction, a Chartered Loss Adjuster was on site and organised the undamaged contents to be removed and securely stored. Specialist drying contractors were appointed and work began to salvage the building. The timeliness of the response mitigated what would have been a far greater loss for the insured and achieved a faster settlement of the claim – which enabled the home to be restored to its former glory and of course we placed the insurance correctly with one insurer. Case Study 4 – Theft from vehicle
A driver left his briefcase and overnight case on the back seat of the car whilst he paid for fuel. An opportunist thief, having spotted the expensive car, smashed the rear window and made off with the two pieces of luggage. Items stolen included toiletries, designer clothing, an iPad and various business documents. The claim which totalled £2,000 was paid by our recommended insurer. Under 95% of standard policies this claim would be refused as the items had been left on view in an unattended vehicle. It pays to take specialist advice. When insuring valuable homes and other possessions it always pays to seek the advice of a specialist insurance broker. Ascend Executive only manages the personal insurance affairs of affluent clients with more to protect so we really understand their assets and lifestyles. Our business is based on advice and we offer all new clients a complimentary review service, which allows them to understand exactly what kind of service they can expect to receive, in the event of loss or damage. It is vital that this review is done before a loss occurs, because after the loss has occurred it is too late to make changes and the outcome can prove disastrous, both financially and emotionally. Our service led approach also enables clients to insure any number of homes and cars on a one policy, with one renewal date and this portfolio is principally managed by one person. Contact us now to find out how we can help you. 01245 449 060 – info@ascendexecutive.co.uk