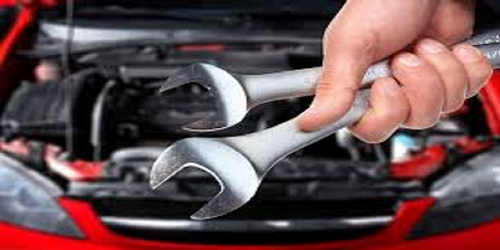 Health and Safety in the motor vehicle repair industry

The motor vehicle repair industry employs 200,000 people in the UK. Most of these people work in small and medium sized businesses. Health and safety records are becoming worrying across the industry. During 2017, there has been a significant increase in the number of impact claims occurring for motor traders at their premises.

These claims tend to be vehicles colliding with other vehicles, buildings or people. Despite a fall in vehicle sales; it’s likely that as motor traders change the way they work as a result of market conditions, that activity is exposing them, their employees and customers to more risk. There are, of course, great examples of firms that have a good safety record, we’re noticing more instances of injury that could have been avoided. Visit our small business section for details about small business insurance. WHAT’S BEEN HAPPENING? Between 2007-2012, over 7,000 injuries were reported to the Health and Safety Executive and local authorities. Mechanics and other garage based professionals have a hard job. It’s often dirty, loud and full of potential dangers, both obvious and not. Despite knowing a lot about obvious risks, there’s been a rise in the number of injuries (and in the worst cases, deaths) in the motor vehicle repair industry. These losses tend to be as a result of low speed collisions between vehicles, buildings and equipment. Between 2007 and 2012, there were 33 fatal injuries (including employees, self-employed people and members of the public) and around 1,600 other major or serious injuries. While the cost of these claims tends to be low value repairs, there is a risk of collisions with employees and members of the public which can result in much larger claims. As these collisions largely take place on the premises, the speed of the collisions is low. However, we have seen a trend of people getting trapped by vehicles and suffering severe injuries as a result. WHY MIGHT THIS BE HAPPENING? Our understanding of the trend is it’s influenced by increased numbers of vehicles stored at motor trader’s premises. With new car registrations having fallen for eight consecutive months since April 2017 and car’s destined for UK forecourts up by 17% since last year, motor traders are likely going to have more vehicles at their sites to use their space more efficiently. With pressure on new vehicle sales, garages are diversifying and changing their business models to generate an acceptable margin and meet the demands of their customers. The impact of vehicle scrappage schemes could further increase the likelihood of these claims as carmakers are pushing for move vehicles sales. However, with business models evolving, a greater proportion of turnover for our customers is coming from used car sales and after sales services, both of which tend to benefit from greater volumes of activity. Motor Traders most at risk include those with large numbers of vehicle stock. However, other motor traders with a high turnover of vehicles or frequent movements, such as Valeting or Tyre fitting businesses are also susceptible. EXAMPLES OF WHEN IT GOES WRONG • There was a fatal accident when a mechanic started the engine of a light goods vehicle from outside the vehicle and it started to move because it was in gear and the handbrake was off. He tried reaching into the cab to turn off the ignition but the cab door hit an obstruction and he was crushed between the door and its frame. • A mechanic working on a car on afour-post lift started the engine from alongside the ramp. The vehicle shot forward off the ramp, hitting a wall and narrowly missing another employee. The vehicle had been left in gear with the handbrake off. • A mechanic was working alone repairing an HGV. He reached into the cab from the ground and switched on the ignition. The HGV, which was in gear with the handbrake off, started to move forward. The mechanic was crushed between the offside of the vehicle and a second lorry parked alongside. WHAT ELSE CAN BE DONE? Some of the key actions that motor traders can take to prevent these losses include: • Enforce speed limits on marked traffic routes that keep vehicles and pedestrians separated as much as possible. This includes the provision of safe and well-lit parking areas for visitors and employees and clearly marked crossing points for pedestrians. • To reduce the risk of accidents when the engine (of a vehicle being worked on) is turned on, or someone is working below a moveable vehicle (especially ones with pneumatic suspension) have a Safe System of Work (SSOW) procedure in place, supported by recorded employee training. • Ensuring adequate spacing between vehicles to avoid the risk of people getting trapped. It is important that the industry acts on this trend as these are preventable accidents. There is a significant risk of harm to both employees and customers which motor traders have the ability to mitigate. EMPLOYER’S LIABILITY An important risk to consider for businesses: if a worker experiences an injury at work, it could significantly impact upon the business, causing financial strain and even business interruption or closure. In addition to the legal requirements for cover Employer’s liability can be vital for garages when insuring their business because of the potentially large claims that could be caused so businesses should check they have adequate insurance in place. Source: Allianz Insurance plc To enquire about our services please contact our Broking Director, Matt Price on 01245 449062 Or visit our Industry Sector Page