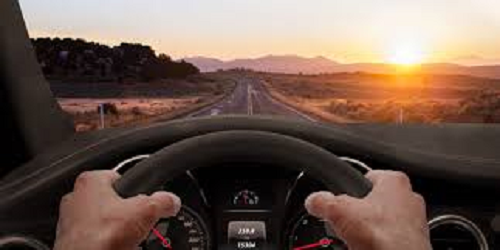 There are a number of lesser known or obscure driving laws and offences in the UK that could see drivers attract huge fines and penalty point endorsements.

Having a dirty number plate There is a law which states that any number plate that is obscured by dirt or grime can be charged with a hefty fine. If your case gets taken to court then you can receive up to £1,000 fine but a police officer can also issue and own the spot penalty of £50 if the number plate is not entirely legible. Giving way to the emergency services Not many other things install panic in the mind of a driver like hearing the screeching roar of a siren accompanied by flashing blue lights careering towards your vehicle. Your natural instinct behind the wheel is to do anything you can to get out of the way of the approaching vehicle – but this is not necessarily the safest thing a driver could do. Motorists can even see themselves on the wrong side of the lawyer assisting emergency services in this situation. Entering a bus lane, speeding up and exceeding the speed limit or running a red light to allow the vehicle past could see you land a fine and also cause danger to yourself and other road users. Failing to abide by driving licence codes There are a number of codes on the back under section 12 which correspond to various rules and regulations about what vehicles you can drive and how. Some of these codes carry restrictions, such as “01” which is one of the most common codes. It relates to drivers who must wear glasses or contact lens at all times the driving. Motorists who don’t abide by this rule could be charged. If you are pulled over by a police officer then you could be handed an £100 on the spot fine. However, if you are taken to court then you could receive a fine of up to 50 per cent of your weekly salary – capped at £1,000 – and between three and six penalty points. Failing to update your driving licence documents after an address change If you fail to keep your address updated – you could end up landing up to £1,000 fine. UK drivers must inform the DVLA when they change address even if it is temporary such as a move to university. It is free too change these details and could avoid you being stung with a huge fee. Find out about our transportation sector insurance here Splashing pedestrians with puddles It takes a special kind of person to willingly drench a pedestrian with a puddle and is one of the most obnoxious and unnecessary things a motorist can do. However, pedestrians can take solace in the fact that the action is classed as a criminal offence and drivers who are caught could face a huge fine. Under the parameters of driving without reasonable consideration, drivers can be handed a fine ranging from £100 up to £5,000, if your case ends up in court. Paying for food at a drive through using your phone Smartphone payments such as Apple Pay and Android Pay have grown in popularity due to the ease and convenience of use. However, if drivers use their mobile phone to pay for their meal at a drive thru they could be stung with a £200 fine and six penalty points, but if your case goes to court this fine can increase to a whopping £1,000. A penalty point endorsement of this size is enough for a motorists to be banned, if they have held their licence for two years or less. This is because mobile phone driving laws dictate that a driver must not touch their mobile phone while driving, something which using these payment apps would completely violate. Flashing motorists to warn about speed traps You may think you are being a good samaritan by warning your fellow road users of an police speed trap further along the road but it could see you run in to problems with the law. The maximum fine for obstructing a police office is capped at £1,000. Driving with your pets in the car Driving without properly securing your pet can land you a fine for distracted driving. Distracted driving carries a fine of an on the spot fine of £100 and three penalty points which can increase to £5,000 and nine penalty points if your case goes to court. Sleeping in your car while drunk This one almost falls in to the category of not really being necessary to state but it’s worth knowing the fines you can receive for having a disco nap in your motor. You will land yourself a substantial fine and ten penalty points on your licence. Don’t drive over 30mph on streetlamp-lit roads If a road has street lamps it’s a designated “urban area” which means the speed limit is 30mph. If you break it, you could be given a minimum fine of £100 or three penalty points. Driving too slowly This one may seem strange as there is a perception that the slower the drive, the less of a risk you are to other road users. This however is not strictly true and driving too slowly can be just as dangerous as a speeding motorist. Motorists can get anything from a verbal warning to nine points on their licence. Honking your horn Car horns should only be honked to alert other motorists of your presence, although this is often used out of frustration. If you honk your horn in stationary traffic you can land a fine of between £30 and £1,000. Swearing at other drivers Let’s be honest, we’ve all been in a situation where we have become annoyed by another driver user. You may have just been cut up on a junction or someone may be brushing up to your bumper while driving and it’s understandable that you can become frustrated. Giving in to this frustration or throwing a rude gesture in the direction of another road user will only see you punished. Drivers can land a fine equal to 75 per cent of your weekly income Contact us for more information on 01245 449060