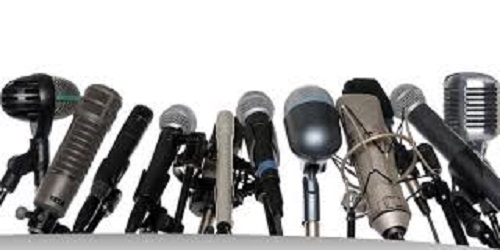 The rise to prominence of the term ‘fake news’ was certainly swift last year and the frequency with which it was banded about made it 2017’s word of the year. But it was not just a popular turn of phrase, but something that shook society, according to the Edelman Trust Barometer published on January 22nd 2018.

After surveying 3000 Brits, the researchers found a real U-turn in the way we are now consuming media. 61% of us now trust traditional print and broadcast media, which is a 13% increase during 2017 and the highest level of trust since 2012. However, when it comes to social media, our faith in what we are reading has been rocked. 64% of us feel that the social media giants are not regulated enough; 70% feel they fail to tackle important issues such as illegal or unethical behaviour on their platforms. Their spreading of extremist content, and inadequate approach to cyberbullying, disappoint us and one in three of us actually feel that social media has a negative impact on society. Being exposed to fake news on social media is now a worry for over half of all Brits and there is a trend emerging. One third of us are consuming less news than we used to and one-in-five avoid news completely. 42% of us are headline skimmers, rather than full-story readers. Worryingly, professionals – profiled, in avatar terms, as a highly educated parent in their 40s, living in London – are the biggest news avoiders. Use our free advice service There are clear lessons to be learned for those in media and technology sectors such as journalism, marketing and IT consultancy. However, the figures are just as important for many other business sectors. It is the lack of transparency in social media that 63% of Brits are reacting against. 45% of us feel negative towards businesses for the same reason. On that basis, open, honest and ethical businesses should thrive. Face-to-face transparency and the delivery of expert advice also presents a clear opportunity for traditional insurance brokers. Customers need not go online, trying to fathom out who to believe within the insurance world. The survey has shown that faith in financial experts is up 8%, to 51% – a significant increase. The powerful rejection of fake news means consumers will be more aware of mistruth and misrepresentation, which could result in more slander and libel cases. It also suggests that the public will hold those breaching data protection laws, and those failing to safeguard against cyber-attacks, fully accountable. So, what are the implications for business owners? Clearly, those offering professional consultancy or information services should look at the insurance options available to them, which can safeguard their business. Going through the insurance process should be beneficial in itself, resulting in the implementation of practices that reduce exposure and risk and create a healthier business. It is not, therefore, all doom and gloom. If you do need more information on the available options, please contact us and we will assist.