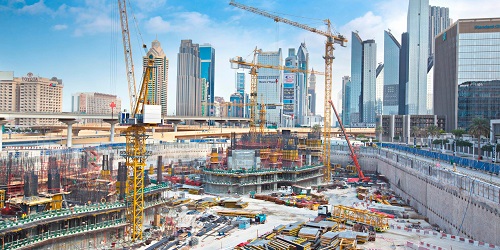 Legal News – three items of interest for the construction community

Construction is one of the UK industries that suffers the most from ‘phoenixing’ – folding a firm to avoid debts then starting up a near identical business with a new name. Now directors who do this could face hefty fines or be banned from running a business. The government intends to press ahead with new plans to tackle phoenixing of firms in an attempt to safeguard workers, pensions and small suppliers. When the new powers are passed, the Insolvency Service will be able to fine directors or even have them disqualified for cheating trade contractors and suppliers.

A plumber who had been engaged as a self-employed contractor by a London firm, Pimlico Plumbers (PP), was in fact deemed to have ‘worker’ status as decided by the Supreme Court. In a unanimous decision, the court found that as a worker, Mr Gary Smith came under the 1996 Employment Rights Act (ERA), the 1998 Working Time Regulations and the 2010 Equality Act (although, perhaps strangely, he wasn’t considered an ‘employee’ he was engaged under a contract of service as defined by the ERA, so not entitled to bring an unfair dismissal claim against Pimlico). Mr Smith signed an agreement in 2005, and an updated version in 2009, to provide plumbing work on behalf of PP. The agreement was in force until he was dismissed following a heart attack in May 2011 and, among other things required him: · To work a minimum number of hours over a five-day week, and to keep himself available for work even if no work was available. · To wear a uniform with a Pimlico logo. · To rent a Pimlico branded van. In addition, he was bound by certain non-compete clauses should he cease to work for PP or go to work for a competitor. The Supreme Court felt the relationship between PP and Mr Smith were unfair. Although the circumstances surrounding this case are extreme, it does give a warning to Contractors who employ individuals on a ‘self-employed’ basis. If you follow this practice, then it might be prudent to review the contractual relationship between you and the individual to avoid being caught out.

The Supreme Court has confirmed the decision of the Court of Appeal that HM Revenue & Customs (HMRC) have the right to cancel a company’s gross payment status, – the Construction Industry Scheme (CIS) -, without considering whether its removal would have a detrimental effect on the company. JP Whitter (Water Well Engineers) Limited – had had its CIS gross payment registration cancelled by HMRC, because the company had failed to pay the due taxes on the appropriate date. The legislation surrounding CIS provides that HMRC “may” cancel a person’s or organisation’s registration for gross payment “if it appears to them” that various conditions have not been met. The company’s appeal to HMRC claimed that the loss of the CIS status could lead to a significant reduction in company turnover and a significant loss of staff. The First-tier Tribunal decided in favour of the company; but on appeal by HMRC, the Upper Tribunal and the Court of Appeal both decided in favour of HMRC, confirming that HMRC had no duty to take into account matters outside the CIS regime which could affect the company. A warning for Contractors who may hold CIS status to ensure all requirements imposed by HMRC are met.